Home › Religion
DebateIsland Referral Program: Get a Free Month of DebateIsland Diamond Premium Membership ($4.99 Value) Per Each New User That You Refer!

Oh Boy was I an . So I would like to debunk a synopsis I gave for evolution back when I had faith in Atheism. Let's just quickly power-refute through some "proofs" of evolution.

A quick trip to http://humanorigins.si.edu/evidence/human-fossils/fossils will reveal that evolutionists place their faith in human-to-ape evolution of primarily 3 things : AL 444-2, A fossil named Lucy,  Taung child.

Anybody with two brain cells looking at AL 444-2 (http://humanorigins.si.edu/sites/default/files/styles/embed_float/public/images/square/NHB2014-02767 AL444-2 sq.jpg?itok=bxPqi7X6) will notice that the entire thing is mostly just a cast. Where is the "evidence", a few white non-definitive bones that could literally belong to ape, man , baboon. It is confirmation bias that whoever reconstructed this, made it fit the cast of an ape-like creature. This is supposedly claim to be the child of Lucy which is also a hoax. https://books.google.ca/books?id=_s4TDAAAQBAJ&amp;pg=PA125&amp;lpg=PA125&amp;dq=al+444-2+refuted&amp;source=bl&amp;ots=S-DLltO9aQ&amp;sig=uy3_n-hqBnQJ8JOeKtBDqvrHB1Y&amp;hl=en&amp;sa=X&amp;ved=0ahUKEwjZ0rXBk8vVAhWHwlQKHbByCcwQ6AEILTAB#v=onepage&amp;q=al 444-2 refuted&amp;f=false

Lucy, the fake hoax that turned out to be a baboon and not even close to ape or man.  https://www.newscientist.com/article/dn27325-baboon-bone-found-in-famous-lucy-skeleton/

Taung child looks like a baby human. Scientists confirmed it has a flat face which is what humans have. they can not make out what its skull shape is like because they supposedly can not find the back part of the skull.

All in All : Darwin said "“Lastly, looking not to any one time, but to all time, if my theory be true, numberless intermediate varieties, linking closely together all the species of the same group, must assuredly have existed. But, as by this theory, innumerable transitional forms must have existed, why do we not find them embedded in countless numbers in the crust of the earth?”"

Scientists confirm that we have a realy ridicolous rare amount of fossils.

Stephen Jay Gould, evolutionist says: "“The absence of fossil evidence for intermediary stages between major transitions in organic design, indeed our inability, even in our imagination, to construct functional intermediates in many cases, has been a persistent and nagging problem for gradualistic accounts of evolution.” - http://creation.com/gould-grumbles-about-creationist-hijacking

Stephen M. Stanley says : "“In fact, the fossil record does not convincingly document a single transition from one species to another.” - http://www.creationscience.com/onlinebook/ReferencesandNotes21.html

Even Richard Dawkins, the guy atheists worship,  said : “It is as though they [fossils] were just planted there, without any evolutionary history. Needless to say this appearance of sudden planting has delighted creationists. Both schools of thought (Punctuationists and Gradualists) despise so-called scientific creationists equally, and both agree that the major gaps are real, that they are true imperfections in the fossil record. The only alternative explanation of the sudden appearance of so many complex animal types in the Cambrian era is divine creation and both reject this alternative.”

So in conclusion, there is very very little fossils for evolution and the ones we discover are either extremely ape or human (Taung child) or turns out to be another animal (Lucy the baboon). The rest are just hoaxes. Scientists got so desperate they started making up hoax fossils in the past and put them out to the blind public like Peking Man, Nebraska Man, Piltdown man, etc. https://www.newscientist.com/article/dn15012-eleven-of-the-greatest-scientific-hoaxes/   +  http://www.popularmechanics.com/science/archaeology/g3051/fake-fossils/ ;

Science has probably made up more fossils than has claimed other animals like the baboon (Lucy) are intermediate between Man and ape. Do you really want to keep trusting them?

Also, all the fossils for other animals have been complete hoaxes.

The guy (storrs olson) who discovered archaeopteryx, supposed dinosaur ancestor to birds, has claimed multiple times that the fossil is a reptile and its own species and is not intermediate. What do the liars do? They literally glued feathers on the reptiles to make it appear as if it used to fly. Here is the guy's letter. http://www.thegrandexperiment.com/images/pdfs/Storrs L. Olson OPEN LETTER.pdf

I can not be the only who sees that it proves no evolution.

So yeah here is just a brief history of scientific fraud.

This is probably the worst argument because it is slowly but surely wearing out. Evolutionists started with the claim that there are over 30 vestigial features in humans. Now it is down to ... 1. Wisdom teeth. The biggest trump to this argument was that the appendix was found to house bacteria that rebooted the digestive system after diarrhea. Although it should be noted that tailbones were also a major trump when they found out The coccyx serves as an attachment site for tendons, ligaments, and muscles. It also functions as an insertion point of some of the muscles of the pelvic floor. The coccyx also functions to support and stabilize a person while he or she is in a sitting position. http://www.healthline.com/human-body-maps/coccyx

like wnt3a for example thought to be useless. Now Science confirms that it is far from useless. It is responsible for tasks in the fields of embryonic development, neural development, cell differentiation, proliferation, and tumorigenesis.

This argument presupposes that evolution is true but presuppositions aside. Homology could also point to a common creator.

could also mean a Common Creator if presuppositions are removed.

So yeah, they are ancient genes not evolved genes.


All the evidence AGAINST evolution and for creationism:

Scientists though that coelcanth would have evolved into a much different organism by now since evolution turns organisms into other organisms. They thought it would be a walking organism by now. 70 million years later, Coelcanth is the EXACT same. http://www.independent.co.uk/news/science/the-living-fossil-coelacanth-fish-left-behind-by-evolution-8577129.html
No mutations, no evolution, no new genes proving gene mutations happen very rarely not even once every 70 million years in the case of this fish.

2- Most genetic mutations are neutral not beneficial for survival let alone new species.

Not only are the vast majority of mutations neutral meaning they do not create new species and do not even increase the odds of survival - https://www.nature.com/scitable/topicpage/genetic-mutation-1127 ;

Whatever mutations are left are harmful and actually cause organisms to devolve or cause diseases that kill the organism. - http://genetics.thetech.org/about-genetics/mutations-and-disease

Some structures like flagella and ATP synthases within humans are irreducibly complex meaning they could NOT have evolved that way and must have been designed in such manner.

"If it could be demonstrated that any complex organ existed, which could not possibly have been formed by numerous, successive, slight modifications, my theory would absolutely break down. But I can find out no such case. " - Page 348, Origin of species


Here is a good summary by a Harvard Doctor  : 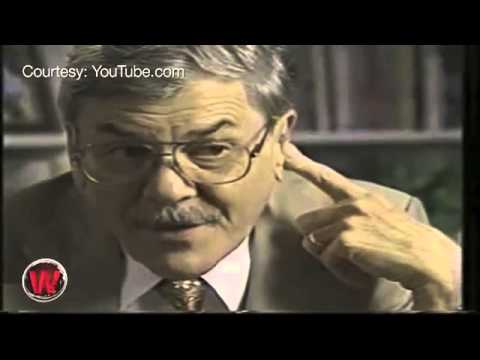