I'm Right, You're Stupid, and I Don't Care What You Say.
in Education 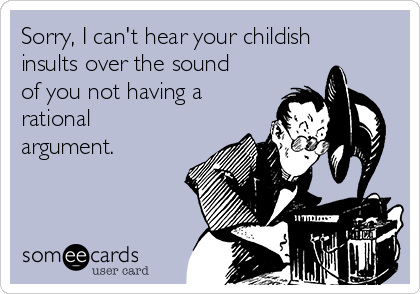 Firstly I'd like to start this debate by stating politely that you're all stupid, I don't care what you say and I'm smarter than you all and therefor right.

Ultimately I'm an internet troll and not interested in debate, I want to degrade debateisland.com into a slog replica of reddit or the comment section of youtube where we can all trash talk each other instead of engaging in formal and civil debate.

You know who you are.

"If there's no such thing as a stupid question then what kind of questions do stupid people ask"?

"There's going to be a special place in Hell for people who spread lies through the veil of logical fallacies disguised as rational argument".

"Oh, you don't like my sarcasm?  Well I don't much appreciate your stupid".