Why do some people deny God's reality?
in Religion

Why do some men and women deny the existence of God when they intuitively know that God exists?

A belief in God is rooted in the truism that God has placed knowledge of Himself in our soul at creation and each of us intuitively knows He exists and exclusively possesses power and dominion over all life and creation. Unfortunately, far too many men and women, as a result of sexually immoral ulterior motives, deny the existence of our Creator as a defense mechanism to a beleaguered conscience and when this self-deception is maintained over a period of time, God gives this deceived individual over to a depraved-debased mind and they enter into a deathstyle that culminates in death of the body in Time and death of the soul in Hell.
Concerning the Atheist, the Holy Spirit articulates the following... 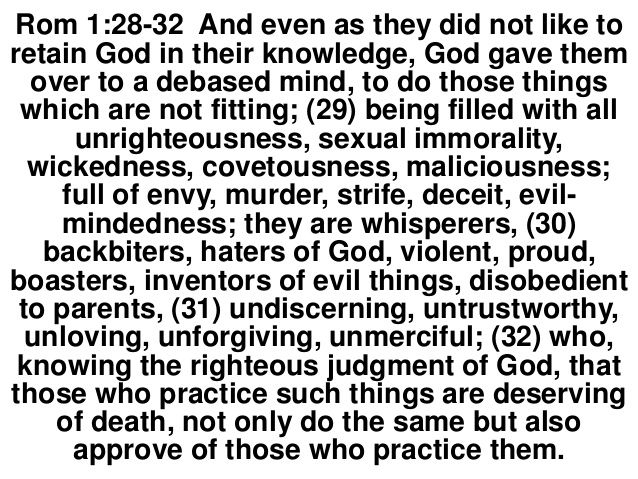