Progressive Socialist Democrats are Killing America – Why?
in Politics

Currently, approximately one-half of the “American” citizenry are supporting either a sodomite or a socialist for the Presidency of the United States. How is it that America seeks suicide for its Constitutional Republic, a God-infused form of government that has proven itself as the greatest economic, sociological, spiritual, success in the history of mankind?

How has the youth of America, specifically the Millennial and Gen-Z generations, come to embrace radical atheism-nihilism-naturalism and gleefully endorse the mutilation of babies in the womb; degrading sexual perversion and the defilement of God’s Marriage Covenant; radical Socialism-Leninism-Marxism, a failed economic disaster that has murdered 100-million people in the last 100-years? What has happened to the American people? How has the disease of moral and ethical apostasy become so deeply and thoroughly ingrained within American society?

God the Father founded America as a special dispensation for His use in order to take the Gospel of Jesus Christ to the ends of the Earth before finalizing the Age of Grace and initiating the Millennial Reign of Christ. America is dying because of her apostasy in rejecting the love, edicts and Covenants of God and opting to serve His nemesis, Satan, via the mutilation of America’s children in the womb – 61-million American babies have been slaughtered subsequent to the affirming of unconstitutional Roe v. Wade (1973).  Because of America’s shedding of innocent blood and our refusal to repent of our sins, God has given America’s youth over to internalize a debased mind – an ethical-moral sickness has invaded the hearts and minds of America’s youth through Darwin’s idiocy in demonic evolution and the infusion of radical socialist instructors/teachers/professors in America’s public education system beginning in the 1950’s and early 1960’s.

Currently, one-half of America radically supports a Satanic ideology identified as Progressive-Socialism – i.e. the Democrat Party of the United States; a vile sickness that’s “in your face” and demands the “right” to murder babies in the womb up to and beyond the ninth-month of gestation; the right to promote and celebrate every form of unconscionable sexual perversion known to mankind; the right to infuse a socialistic-communistic economic system into America while eradicating the success of Capitalism that has lifted billions of people around the World out of poverty and hopelessness.

How do these lost and spiritually dead American radicals expect a Presidential candidate who cannot discern proper physiological sexual activity and has entered into a same-sex union with a male lover – or – a radical socialist who endorses Leninism-Marxism to profit America and provide sustainability and a secure future for America’s posterity?

President Trump is America’s Sabbath before the lost and spiritually dead Millennial’s and Gen-Z generations take the realm of power in American government…may God have mercy on our posterity? 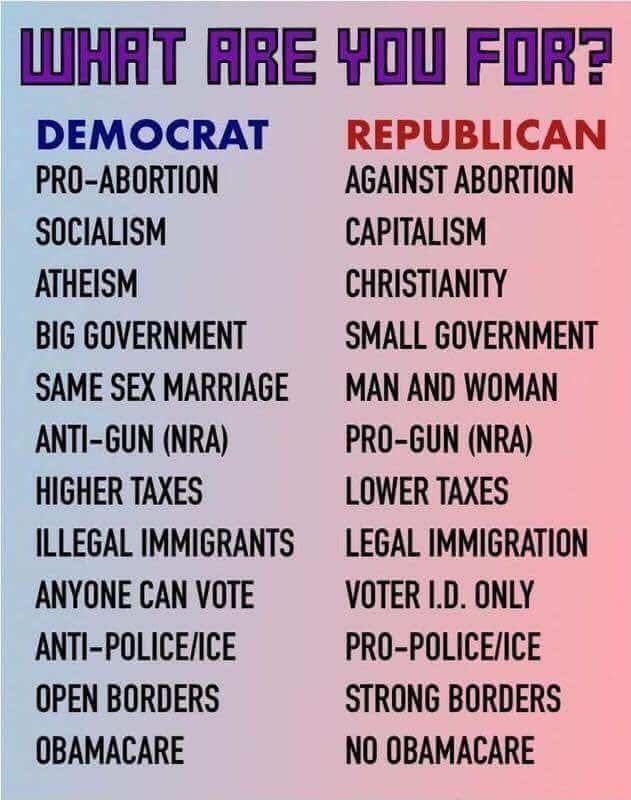