There is hardly a lower life-form among mankind than the one who openly serves Satan by advocating for the mutilation of babies in the womb; openly and unashamedly advocates for unconscionable forms of sexual perversion and the defilement of God's Covenant of Marriage through same-sex unions; openly and radically espouses the horrors, death, suffering and debasement of Leninism-Socialism/Marxism-Communism.
Ladies and Gentleman of America, I give you the Progressive-Socialist-Democrat Party of the United States - Hitler's ideology lives-on as Satan celebrates victory... 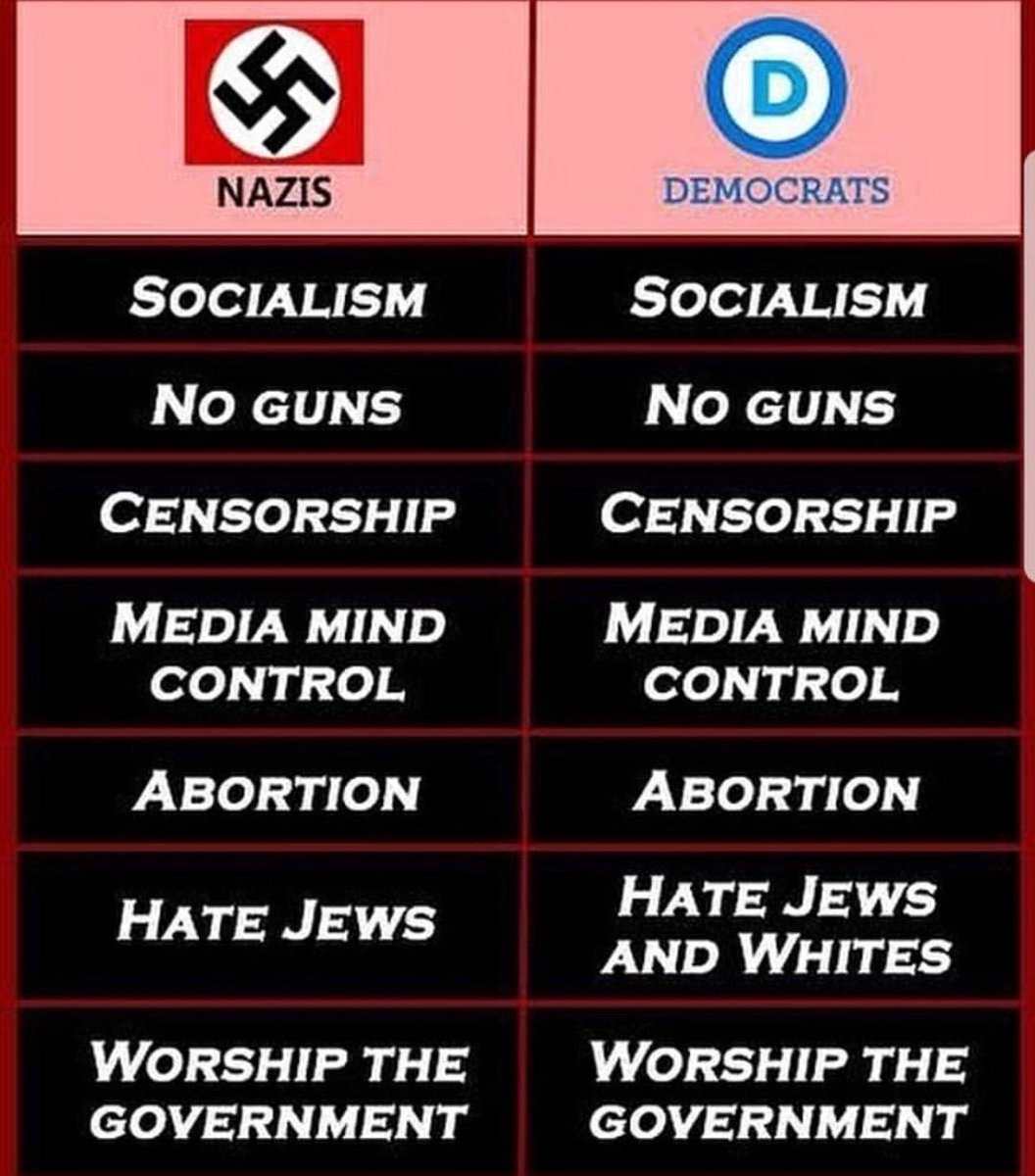