Was Jesus a communist?
in Religion

JGXdebatePRO 168 Pts March 19 edited March 19
Tanner S writes, “I've always been fascinated by the parallels between the teachings of Jesus Christ and Communism. The allegory of the good Samaritan, loaves and fishes, and the beating of bankers comes to mind, as do the frequent tirades against the rich and powerful. Do you see parallels between Jesus' message and communism?” A famous quote pointing out the ethic challenge us atheists propose to christians; Is Jesus a communist?
Debate away!


ONLY USE BIBLE QUOTES IF ABSOLUTELY NECESSARY!!! 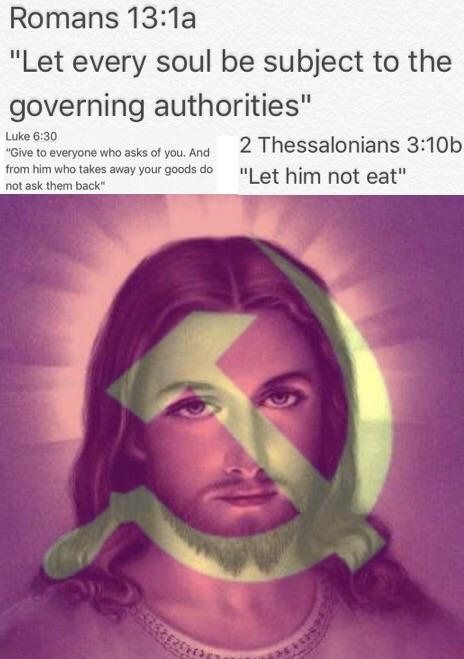