......for people to vent their spleens?
We all (should) know the many shocking instances of road rage whereby say, two cars collide then WWIII erupts in the middle of a busy intersection with both drivers thumping the daylights out of each other. Had the two hotheads bumped into each other as pedestrians, would the same thing happen? No way Jose....they would be very apologetic and simply laugh it off. And before you think that road rage is just a modern-day phenomenon. in 1950, Walt Disney brought out a totally hilarious cartoon called Motor Mania. Goofy is a well-mannered, well dressed family man but as soon as he gets into his car, he turns into a psychopathic, raging, dangerous monster. 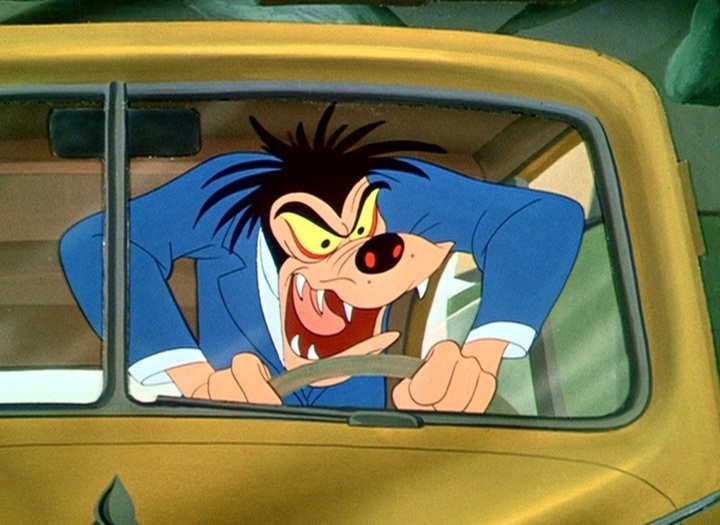 But, do some people utilize their beloved mode de conveyance maliciously in other ways? How about as a scapegoat? In the 1980s, Audi has a dreadful time as their sales plummeted due to unfair publicity over safety issues. A number of drivers blamed the Audi 5000 for their own inability to drive, quoting (alleged) sticking accelerators. Talking of which, is the well-publicized tragedy of Mark Saylor who wrote himself and his family off in a high-speed crash after the floor mat jammed under the gas pedal. The problem did occur with other drivers of the same model (Lexus) but had the presence of mind to be able to bring the car to a halt. Yet, "Ohhh no, let's (the family estate, by then) sue the bejesus out of Toyota (the manufacturer) and blame those negligent imbeciles". As it happened, the real contributory factor of the crash was that Saylor was profoundly religious and couldn't get his nut around fighting his way out of a paper bag, let alone bring an out-of-control car to a halt. In fact, his remedy and last words to his doomed family were, "Hold on and pray". Obviously God must have been on vacation at the time and failed to hear the desperate pleas of said victims to be.
So, what other ways do people use their cars for nefarious reasons?