New mitigations for gun control in the USA

In the last few years, we have seen a turn for the worst in the USA in how people have abused their gun rights and the current lack of control surrounding guns as well as an abundance of violent gun crime plaguing the cities. There were some good policy prescriptions that were discussed under the Trump administration regarding the arming of teachers with Guns. And there were those that suggested perhaps we should even go a step further and arm students with guns. In fact, in some countries they train children in the use of gunfighting from the age of 18 down to the age 3; of course, they cannot teach two year old as we all know that they call it the terrible twos for a reason right?
However, I think perhaps we need to go even a step further and perhaps teach our pets to use guns. Some pets have proven to make good choices in this endeavor such as cats. That being said, some cats are more criminal in nature compared to other ones and will be subject to background checks. And I mean we can't really afford to have a cat and dog rampage on our hands now, can we? Nontheless, as you can see from the following picture some cats do make some pretty good guards against intruders. 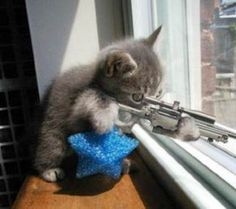 Similarly, depending on your country or state you might also find Chimpanzees a good choice. The following video exemplifies just how good a chimpanzee is at his ability the use guns to fight potential intruders. 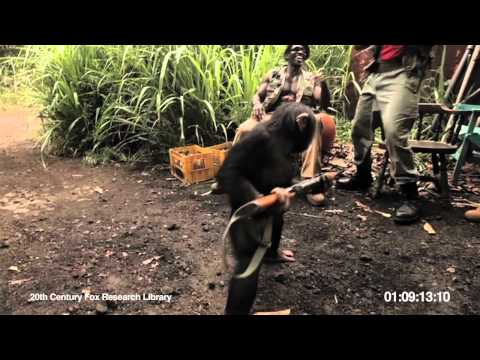 This is exactly the kind of guy that you would want at your school as security personnel.