Homosexuality - Lesbianism - Transsexualism is a perversion of our Creator's intent as He created them male and female in The Beginning and ordained the Biblical family unit as KEY to the survivability of human kind. It is innate within the conscience of mankind that the penis of a male does not belong in the rectum or mouth of another male nor does the genitalia of two-women bumping and grinding and licking together conform to the intended sexual act between one-man and one-woman for life...this is perversion of the natural order.
Nor does the healthy mind believe that a woman can become a man and vice versa...this is demonic deception that undermines the health, welfare, stability, of any society; therefore, a healthy society naturally concerns itself with its longevity and sustainability; therefore, to tolerate or advocate for sexual perversion and the instruction and support for same in the public square, the public school classroom, through media, is self-destruction, shame, immoral, embarrassing to any people who desire a wholesome life, a strong family unit, a nation under girded by our Creator's blessing and protection. 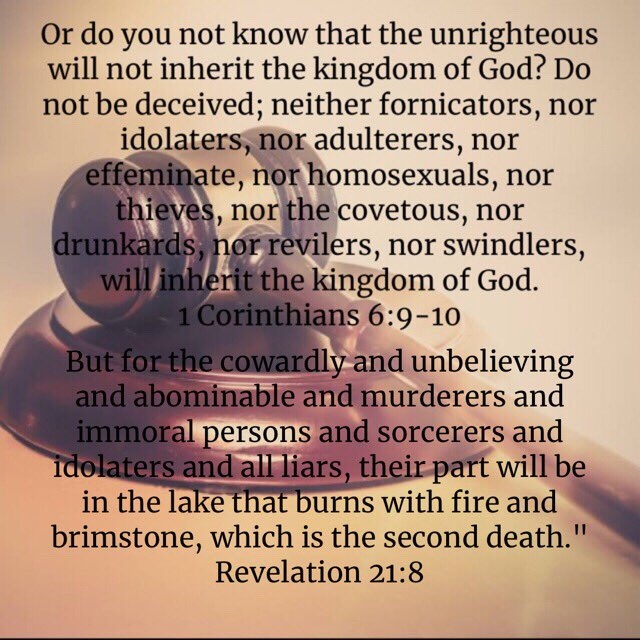