Atheism and the death of America,

1) The Atheist is an enemy of the Lord Jesus Christ and they serve His most prolific adversary, Satan, by default. Atheism is actually a facade, a futile exercise in self-deception, why and how? Every man and every woman, having attained an age of reason, intuitively knows that our Creator exists and they intuitively know by what has been made in Nature e.g. the origin of matter – the Universe down to the complexity of the human genome; it is these supernatural forms of preliminary empirical evidence which clearly testify to the Truth that our Creator has dominion over the Universe, Time, Life, Death and Eternity; therefore, the Atheist is “without excuse.” For all intents and purposes, there is no difference between the loyalty of the Atheist and the Satanist, both serve Satan and both seek death in sin and death in Hell in futility. (Romans 1:18-32)

2) The Atheist is a most ardent enemy of America because as Satan’s emissary in Time, the atheist espouses an ideology that demonically, radically, seeks the mutilation of America’s posterity in the womb. It is the father of Atheism, Satan, that has successfully established dominion in the abortion industry in America via Roe v. Wade (1973) and it is the shedding of innocent blood that has brought the judgment and wrath of our God upon this Nation; therefore, the atheist and their rebellious ideology plays a strategic role in the unconscionable act of abortion on demand resulting in God’s wrath and judgment upon the United States. (Proverbs 6:17; Deuteronomy 28:15-68)

3) The Atheist supports a demonically-based ideology that seeks to destroy the Biblical Family Unit through legitimization of sexual perversion affirmed by Obergefell v. Hodges (2015) “Same Sex Marriage” that is destroying our posterity through LGBTQ confusion, suicide, while this unconscionable immorality directly attacks and undermines middle-and-lower-class-America’s sustainability. Without a dad and a mom at home, raising their children in the knowledge and respect of our Lord Jesus Christ, America’s Constitutional Republic cannot be sustained! The Biblical family unit is the bedrock of America’s sustainability.

4) The Atheist radically espouse the most prolific deception to have ever been thrust upon the mind of mankind i.e. Darwinian Evolutionary Theory which has been forcibly infused into the minds of many millions of American youth subsequent to the early 1960’s. Darwinian Evolutionary Theory, in conjunction with socialistic historical revisionism, has resulted in morphing America’s posterity into radicalized atheistic socialists. Evolution is a most efficient promulgator of Atheism and this demonic hoax has been incredibly successful in destroying the faith, the self-worth, the hope, future and eternity of many millions of American youth, many of whom are now Millennial’s and Gen-Z young adults entering America’s workforce, America’s Government and unfortunately, the voting booth. It is atheistic evolution that has initiated, under girded, supported and continues to promulgate America’s ever-increasing culture of death and hopelessness.

5) It is the Atheist that provides unwavering support for the destructive Progressive-Socialist agenda of “open borders” giving way to unencumbered non-assimilating multiculturalism that will destroy America’s economy, America’s National identity, but more importantly, open borders endanger the lives of the American people and stymies the first duty of Government i.e. protection.

6) It is the Atheist that blindly serves and radically espouses the Globalist-Socialist HOAX of “man-induced climate change.” A socialistic-strategy aimed at subtly acquiring Globalist-Socialist control over every means of production-distribution of goods and services throughout the World. A demonically-based initiative that will destroy the economy of the United States when mindless, power-hungry, Progressive-Socialists capture the Executive-Legislative-Judicial Branches of Government.

7) The Atheist supports the demonic ideology of Leninism-socialism/Marxist-communism that will destroy America’s Constitutional Republic and create an economic-sociological environment directly responsible for the death of 100-million people in the last 100-years.

8) It is the Atheist that represents a mindset, a demonic religion i.e. Atheism; a secularist, naturalist, morally relativistic ideology that is the antithesis of the faith and allegiance to God the Father, God the Son, God the Holy Spirit, necessary for the sustainability of America’s Constitutional Republic.

9) It is the Atheist who is Satan’s representative within the Realm of Time and they represent that growing segment of America’s population that offends our Creator as they espouse those aberrant behaviors that have distanced Him from America’s protection/provision that only our Creator, Jesus Christ, can provide.

10) It is the Atheist that is representative of evil in the Land of America and as long as Satan’s emissaries via an atheistic ideology are tolerated in our society and in our Government, the American people will suffer the wrath of our God in our apostasy/unfaithfulness. Most tragically, it is America’s posterity that will suffer horrifically because “men” of the twentieth-and-twenty-first-Century did nothing to stop the demonization of American Culture by radical Atheists, Globalists, Progressive-Socialists, Islamist’. 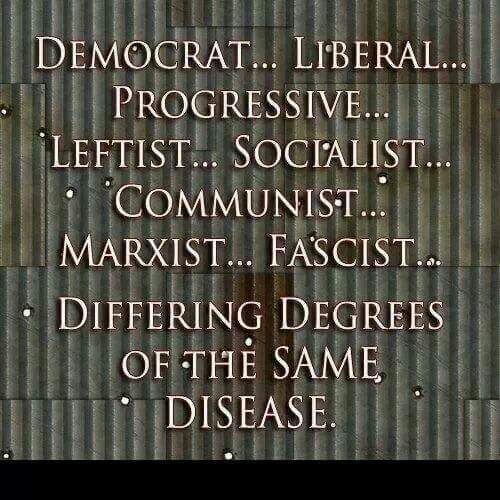 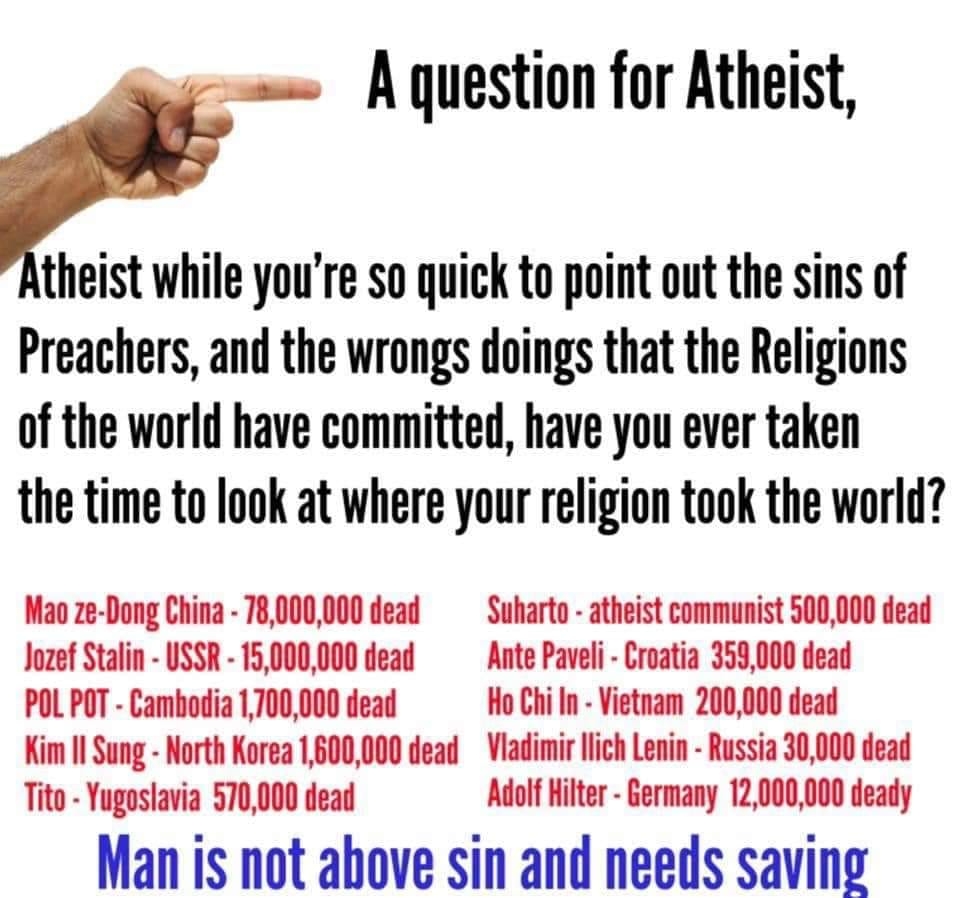 liberal - liberal-progressive-communist-fascist-democrat all degrees of the same disease.jpg 46.9K
atheism - atheists have you looked at where atheism has taken the world.jpg 85.9K
«12»