I spent 31.4-years of my life in law enforcement in uniform. In the 90's when we had the three-strikes your out adjudication standard (3-convictions and you receive full sentencing up to life) we had almost NOTHING to do during our shift as the 5% of the populous that offended was tucked away for a very long time.

If our legislators truly want peace in the streets, schools, communities, put these narcissistic thugs into prison and throw away the key; there is no mental health - deterrence model that will provide a significant difference in our fatherless, godless, divisive, undisciplined, perverse, atheistic, society other than strict enforcement with the surety of painful punishment. 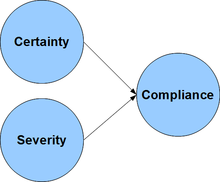