Is Donald Trump's Conduct on January 6, 2021 A Stain On America's History? 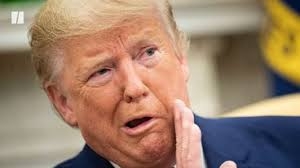 Congressman Adam Kinzinger (R-IL) thinks so.  Here is more of what he said in his closing statement in the Jan 6 Hearing on 7/21:
"Whatever your politics, whatever you think about the outcome of the election, we as Americans must all agree on this. Donald Trump's conduct on January 6 was a supreme violation of his oath of office and a complete dereliction of his duty to our nation...It is a dishonor to all those who have sacrificed and died in service of our democracy...The forces Donald Trump ignited that day have not gone away. The militant intolerant ideologies, the militias, the alienation, and the disaffection, the weird fantasies and disinformation, they're all still out there, ready to go...We, the people, must demand more of our politicians and ourselves. Oaths matter. Character matters.  Truth matters."

And Kinzinger is a Republican.