Do We Create Our Own Truths? 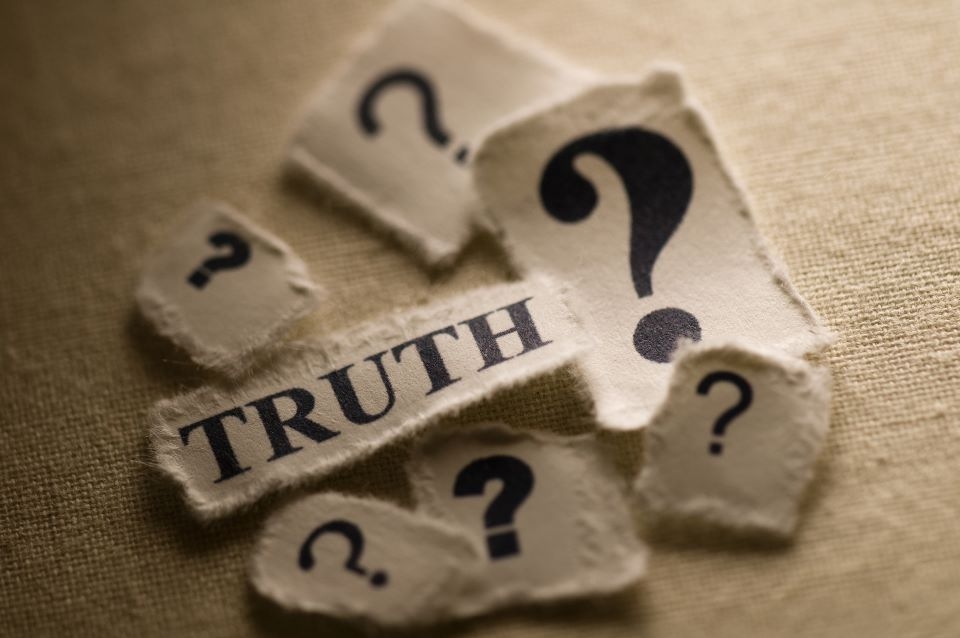 The idea that “everyone creates his or her own truth” is laughable. We do create something, all right, but it is not truth. It is beliefs and ideas that we accept as true but that could easily be false.  What, then, is the most reasonable view of truth? The truth about something is what is so about it—the facts in their exact arrangement and proportions. Our beliefs and assertions are true when they correspond to that reality and false when they do not.

Truth is apprehended by discovery, a process that favors the curious and the diligent. Truth does not depend on our acknowledgment of it, nor is it in any way altered by our ignorance or transformed by our wishful thinking.