Can You Name Some Scientific Discoveries That Were Later Proven Wrong By Religion? 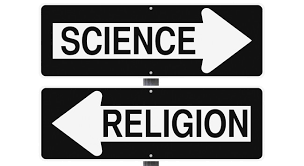