Was The Vietnam War A Tragedy? 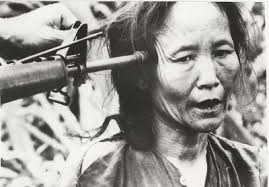 The U.S. government became involved in Vietnam in the 1950s and ’60s due to both a post-colonial period mentality and the pervasive Cold War mentality at that time.

The U.S. government propped up the government of Ngo Dinh Diem. Diem convinced the U.S. government that Ho Chi Minh, who had defeated the French, was a Communist and would take over Vietnam. All Diem had to say was the word “Communist,” and he knew that the American government would react with a knee-jerk reflex.

The American people were misled by their government, and Diem, indoctrinated that the U.S. must send economic and military aid to South Vietnam to defeat Communism, fed the propaganda of the domino theory: “If South Vietnam falls to the ‘Commies,’ the entire region would collapse like dominos.”

President Lyndon Johnson deceived the American people with the Gulf of Tonkin Resolution, claiming that North Vietnamese boats had attacked an American destroyer. Congress gave Johnson the authority to escalate the war. Only two senators voted against the resolution. There had been no attack.

The My Lai Massacre, where American soldiers killed more than 500 babies, children, women, and men, was not an isolated incident. Such wanton killing of civilians was not uncommon. Soldiers were brainwashed that Vietnamese were “gooks” and “dinks.”

America invaded a sovereign nation, killed its people, and decimated its infrastructure and land.