Abortion and Numbers 5: the error that deceives?

Numbers 5 is far too often used by pro-choice advocates in their efforts to prove the Bible supports abortion. The atheist/pro-abortion advocate will cite Numbers 5 in the NIV which incorrectly translates the Hebrew.

27 If she has made herself impure and been unfaithful to her husband, this will be the result: When she is made to drink the water that brings a curse and causes bitter suffering, it will enter her, her abdomen will swell and her womb will miscarry, and she will become a curse. 28 If, however, the woman has not made herself impure, but is clean, she will be cleared of guilt and will be able to have children.

21 (then the priest shall have the woman swear with the oath of the curse, and the priest shall say to the woman), “the Lord make you a curse and an oath among your people by the Lord’s making your thigh [m]waste away and your abdomen swell; 22 and this water that brings a curse shall go into your [n]stomach, and make your abdomen swell and your thigh [o]waste away.” And the woman shall say, “Amen. Amen.”

27 When he has made her drink the water, then it shall come about, if she has defiled herself and has been unfaithful to her husband, that the water which brings a curse will go into her [r]and cause bitterness, and her abdomen will swell and her thigh will [s]waste away, and the woman will become a curse among her people. 28 But if the woman has not defiled herself and is clean, she will then be free and conceive [t]children.

Note: In the Hebrew, this test does NOT involve a child or a pregnant woman, but is simply a test of faithfulness v. unfaithfulness. If the Woman is guilty, her uterus will be made sterile or “waste away.” If the Woman is not guilty of adultery, she will be able to bear children…there is no mention of a miscarriage or abortion in the Hebrew…it’s simply the difference between sterility and fertility, but no child is mentioned in the text other than in v. 28 stating that the innocent Wife would be fertile and able to bear children.

See the following verses in Numbers 5 in Hebrew and note “nephal” (Strongs 5307) (waste away) is used and NOT “nephel” (Strongs 5309) (miscarriage or abortion).

See the Hebrew word “nephel” designating “abortion or miscarry which is NOT found in Numbers 5: https://biblehub.com/hebrew/5309.htm

See the Hebrew word “nephal” (nō-p̄e-leṯ) as used in Numbers 5 meaning “to fall or lie” or to “waste away” https://biblehub.com/hebrew/5307.htm

Note: The NIV is the ONLY version that uses “miscarriage” in v. 21 and 22, see: https://christianity.stackexchange.com/questions/17009/does-numbers-511-22-describe-sanctioned-abortion

“Got Questions” agrees that Numbers 5 is not discussing an abortion and notes that the NIV mistakenly translates “miscarriage.” See: https://www.gotquestions.org/Numbers-abortion.html 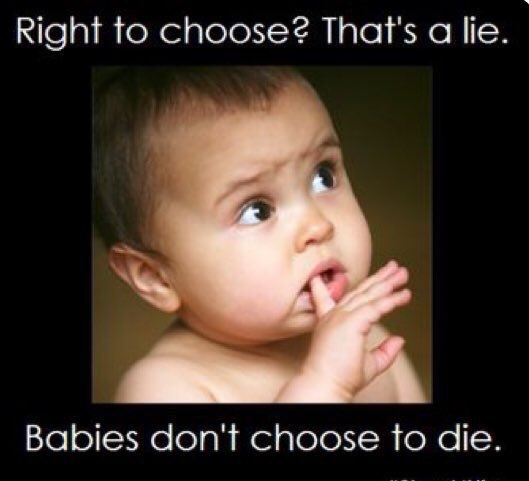