Should We Keep Focusing On Trump? 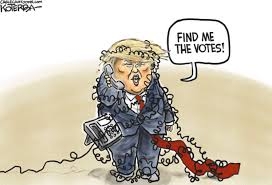 Of course we should: