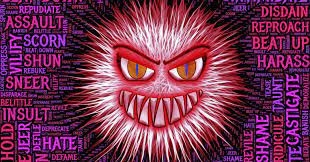 Many debaters here display callousness, deceitfulness, grandiosity, hostility, manipulativeness, and suspiciousness.  The highly antagonistic person, in seeking to manipulate and destroy others, uses any and all tools at their disposal, from lying to even physical harm.  Pathologically antagonistic people have a distorted view of humanity built on a foundation of suspiciousness and paranoia.

When antagonism reaches pathological levels, it’s a quality you want to steer clear of in the people you interact with. By knowing what to look for, you’ll be better able to find fulfillment with the people whose trust by you is well-deserved.